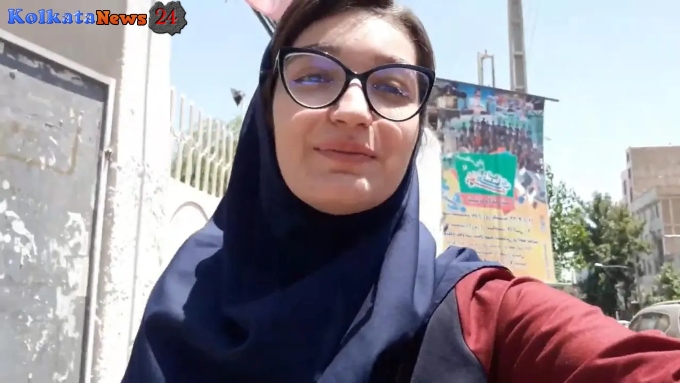 According to Amnesty International, Sarina Esmailzadeh, who was a 16-year-old girl who posted videos on her YouTube channel was killed when the security forces beat her with batons at a protest in Gohardasht in Alborz province on 23 September 2022.

Her family and Amnesty International had been subjected to Citing a primary source, a statement, “intense harassment to coerce them into silence” but Iranian officials denied it.

The story of Sarina Esmailzadeh reached me this morning, I’m somewhat at a loss for words. We talk about freedoms with no understanding of what it means to pay the ultimate price in fighting for it. This brave girl was only 16 years in the world… https://t.co/I2d4J6WMak

How did she die?

Alborz, who is the justice of Iran said, “a preliminary investigation had shown the teenager’s death was suicide after she jumped from the roof of a five-story building, and that Esmailzadeh had a history of mental health problems”.

Look at this beautiful teenage girl, full of life, singing with @Hozier ‘s “Take Me to Church”. The Islamic Republic killed her in the protests following #MahsaAmini‘s murder. She only wanted to live a free life as a young woman. Say her name: #SarinaEsmailzadeh pic.twitter.com/TKKtAwlUB9

Who Was Sarina Esmailzadeh?

She was famous for her YouTube videos and videos went viral on social media networks, showing her listening to music, and dancing, and she also talked about her dreams of traveling. She was seen singing and driving with her family. She also talked about women’s rights, including her rejection of the mandatory hijab, and she was also angry about the economic situation in Iran.

Her name was Sarina. She was 16. She recorded this clip 3 months ago. The Islamic Republic murdered her. The security forces severely beat her with batons until she was dead. @Vahid #SarinaEsmaeilzadeh #MahsaAmini pic.twitter.com/WJYFJltQXQ

Read Also – Amelia Pounds Cause Of Death: How did She die? Age, Boyfriend, Parents, Instagram