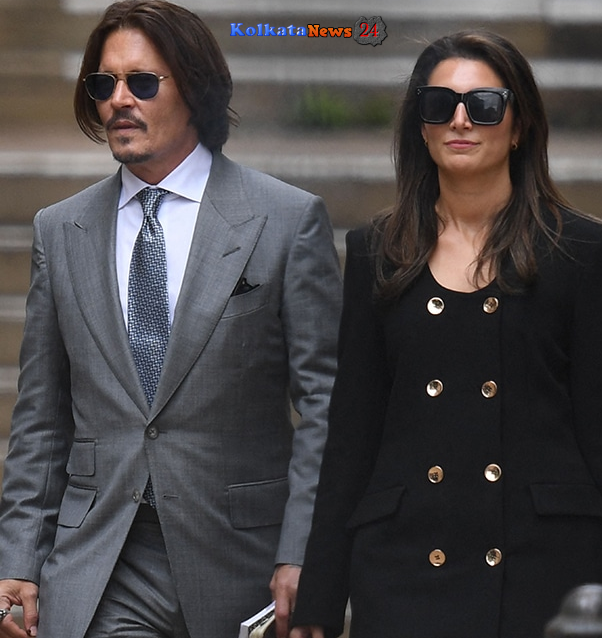 Johnny Depp, the famous Hollywood actor who has starred in movies like Pirates of the Caribbean, is dating lawyer Joelle Rich, who represented Depp in his case against the Sun in the U.K.

Who is Joelle Rich? How did she meet Johnny Depp?

It is reported that the attorney is based out of London and is married, but she is separated from her husband. The duo met during the trial in the U.K., which was first filed in the year 2018, but due to the pandemic, it was delayed, and the trial finally began in 2020. Then in 2021, his lawyers appealed to the court, which was denied.

Johnny and the rumors about him dating Camille Vasquez:

During the amber heard trial, which happened in the U.S. There were rumors that the actor was getting close to Camille Vasquez, the lawyer who was part of the team that represented Johnny in the case in which he sued his ex-wife actress Amber Heard in a defamation case.

Camille later clarified all the rumors of her dating the famous actor and said that all these allegations were not ethical nor sexist. She said that she was close to the actor as a friend because she deeply cares about his clients and that Johnny has been a client for more than four years.

After winning his case against Amber Heard and being awarded $15 million in damages, Johnny Depp is now dating the lawyer that represented him, Joelle Rich. pic.twitter.com/h8kh7ebyUA

It is noted Joelle Rich, even though she was not part of the defamation trial against ex-wife and actress Amber, heard she was indeed present at the court hearings in Virginia to support the actor during the tough trial.

Some sources have noted that the duo was meeting in hotels, not for professional reasons but personal reasons, and it is also now known that during this period, the lawyer was married and is the mother of two children but has now filed for a divorce with her husband and is now living separately from her husband.

Good Afternoon Warriors, Fighters, and Supporters of Johnny Depp. Many say they only believe in Johnny’s relationship with Joelle Rich if he or someone on his team comes to confirm. Now I ask. Is he obligated to talk about his personal life?…….. continue pic.twitter.com/YETGsuEuVH

1 thought on “Who is Joelle Rich? How did she meet Johnny Depp? Johnny Deep is dating Joelle Rich, the lawyer who worked on his U.K. tribunal case”