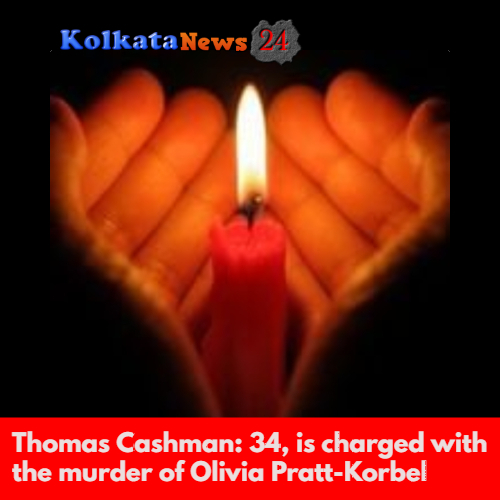 Olivia Pratt-Korbel, 9, was killed at home in Liverpool by a man charged with her murder. According to the Crown Prosecution Service, Thomas Cashman, 34, was charged with murdering the girl and attempted murdering her mother, Cheryl.

In addition, Paul Russell, 40, is charged with assisting an offender.

Six weeks ago, Olivia was shot dead in her Dovecot, Liverpool, home by an unknown gunman.

Olivia was fatally shot at her home on August 22 in Dovecot, Liverpool. They were charged almost six weeks later.  The same bullet also injured Cheryl’s mother.

Who was Olivia Pratt-Korbel, whom Thomas Cashman killed?

Olivia Pratt-Korbel was a nine-year-old girl from Liverpool. In Dovecot, Liverpool, she was shot in the chest on August 22. As a result of the gunman’s pursuit of convicted burglar Joseph Nee, her mother, Cheryl Korbel, 46, was also injured.

Merseyside Police Assistant Chief Constable Chris Green said his team had worked “relentlessly” on a complex investigation with support from Olivia’s parents and the community. According to Detective Chief Superintendent Mark Kameen, the investigation is still ongoing.

Thomas Cashman – has been charged with murdering Olivia Pratt-Korbel.

Surprising that the ‘gun crime is a particular problem in the Black community’ brigade aren’t out on the timeline with their cries of ‘usual suspect’. Are they having a day off?

As a result of Olivia’s tragic murder, we have received an overwhelming response from the public, so I would like to ask for your continued support, so we will be able to ensure those responsible face justice.

Today, we are thinking of Olivia’s parents, Cheryl and John Francis, and their families, whose strength, courage, and dignity have been evident throughout the past few weeks.”

Read More – How did Brandon Kaiser die? Cause of death, Obituary