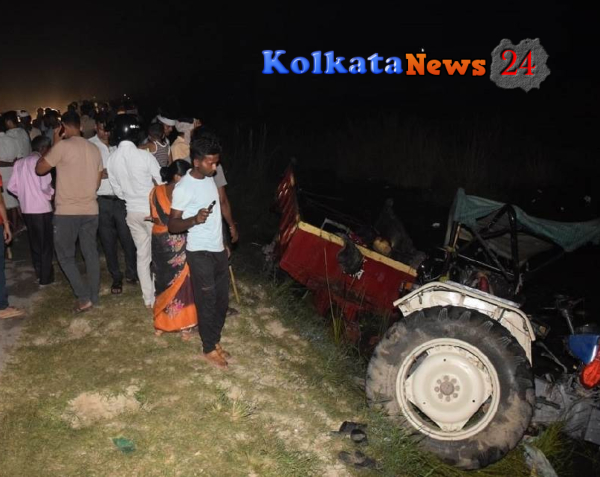 The country’s census says that half of the year’s deaths are caused due to road accidents. Yes, it is true. Every day, the accident rates are entering the exponential phase, which has never declined. Even though there are many rules and regulations for officers to monitor the movement and running of vehicles, the rate of accidents has never decreased.

One such accident which has taken 26 lives is the Kanpur Accident. The accident happened due to the carelessness of the driver Raju, and he was arrested.

How did the accident happen?

In Kortha village of Ghatampur of Kanpur, on October 1, a man named Raju drove the tractor where 26 people from the village had traveled. Raju and some people in the tractor had drunk alcohol, and they had been in a restless condition. While driving in the same state, Raju overturned the tractor- trolley which resulted in a great accident taking the lives of 26 people, including his family members and relations.

After the accident, the driver of the tractor, Raju, who was drunk, started running away from the place and he had tried to escape to his village. But the village people were very angry with him, knowing that he was the Victim of this inhumane accident. The police reached the place and asked for the Victim, but no one was ready to file a complaint against him. Finally, some people who had traveled in the tractor said that the driver was in a drunkard state and was the major cause of the accident.

The police itself filed a complaint about this tragic accident, and they were searching for the Victim. And the police had arrested Raju- the Victim of the Kanpur Accident.

Big accident in Kanpur: A trolley full of devotees returning after having darshan fell into the pond, 22 died#Kanpur #Accident #UttarPradesh pic.twitter.com/YsOKDQQLd5

He was under custody and confessed that he was in a drunkard state, which led to the accident. The police are also searching for the owner of the tractor and the other drunkard persons who were the cause of the accident. Accidents take lives more! Ride safely! Life is more important than speed and alcohol!