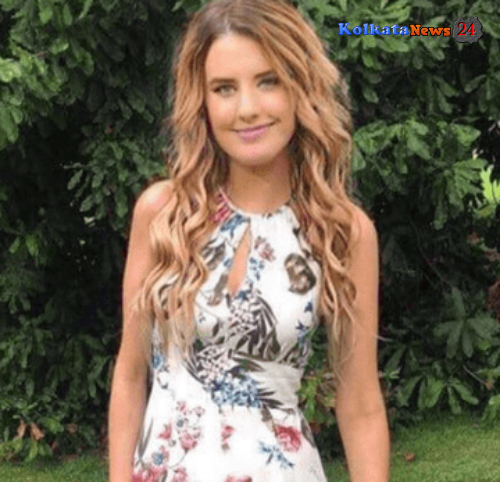 Shylah Rodden, 26, was hit by a rollercoaster at the Royal Melbourne Show.

She revealed that her brother had passed away just weeks earlier during her battle for life after being struck by a rollercoaster at the Royal Melbourne Show.

The family of 26-year-old Shylah Rodden has kept vigil over her overnight in the hospital. She remains in a coma.

What happened to Shylah Rodden?

Shylah was thrown nine meters into the air by The Rebel rollercoaster at about 5.45 pm on Sunday. Police and show organizers say she was trying to retrieve her phone after it fell on the tracks. Her family does not accept the statement made by the organizers.

She suffered brain damage and broken bones in her pelvis, arms, legs, back, and neck, but her father remains optimistic about her recovery.

Shylah lost her brother, Jason, two months ago in an accident. On social media, Shylah described how she felt when her father informed her of Jason’s death.

On July 27, her father informed her that her brother had passed away. I considered him my best friend, my biggest brother and everything to me.

Who is Shylah Rodden?

Shylah is a victim of the Melbourne Royal Show. Daily Mail Australia reported on Tuesday that Shylah sister was upset about the prospect of her recovery. As of now, we don’t know what the chances and possibilities are.

The family of Shylah Rodden are remaining hopeful she will recover from the rollercoaster accident that left her fighting for life. Today her family held a bedside vigil while she remains in intensive care at the Royal Melbourne | @RebekaPowell pic.twitter.com/MZznaa9wGA

Brad Jenkins, CEO of Melbourne Royal Show, called the accident “tragic and preventable”. The mobile phone was dropped on the ride’s base, and she returned to retrieve it after dropping it,” he said. Unfortunately, she was tragically hit by the cart as it fell.”

Apart from confirming that a tragic accident had occurred, he clarified that rides were safe for the public.