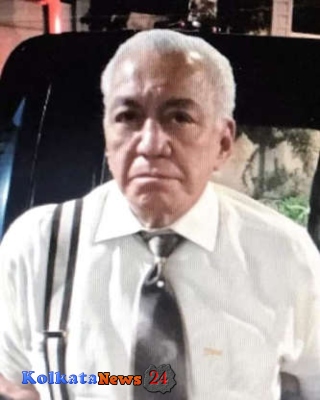 Jesus Hernandez Alcocer Cause of Death: How did he die? Mexican Lawyer died at 79 after killing his singer wife

According to the report, Mexican High paid lawyer Jesús Hernández Alcocer died due to a heart attack on Tuesday at the Mexico City Prison.

To your knowledge, Jesus was the 79 years old man who shot her wife in the restaurant and after that, he tries to run away with his driver but the police arrested him. He shot his 21 years old wife Yrma Lydya on 23 June 2022 who was a singer that day she had a lunched date with her partner in a restaurant private room that time Jesus came with a gun and shot her three times. After that, he was in the prison, and sometime before he said he not feeling well but after that, he had a heart attack and he died on Tuesday, 4 October 2022 at the Prison. The Mexico City Attorney General’s Office reinvestigated this whole case.

Killer of his own wife Lawyer Jesus, died at 79, He killed his singer wife with a gunshot. We got something, before Jesus died he was said to the prison guards that he not feeling well on Tuesday. After his death, the attorney of the Mexican city said that the investigation of his death is continuing. When he was sick, he was taken to the clinic. during his treatment, he comes into Cardiac arrest. At 10:45 am doctor declared him as dead.

According to the report after his singer’s wife’s murder, he tries her best to escape the police but the officer caught him. His wife Yrma Lydya was 21 years old beautiful singer, who was a well-known personality. She was killed by her 79 years old husband. In News, 79, years old lawyer was before talked about how he handled the prison problem. He also claimed that he was married to singer Lydya.

He said once… ‘I know that talking about a dead person is wrong, they should be remembered for all the good they did, but I don’t know who I married I don’t know if I was married, I don’t know if that was her name and who she was. I have met a person who did not exist, in my experience I do not know who she is and, if I speak of the dead, it is trying to find out who she was.’

According to the news, Lydya was worried about domestic violence incidents by her Husband, In April She approached a lawyer for Divorced. In December last year she said to the police and reported them, Her husband hit her and threatened her.