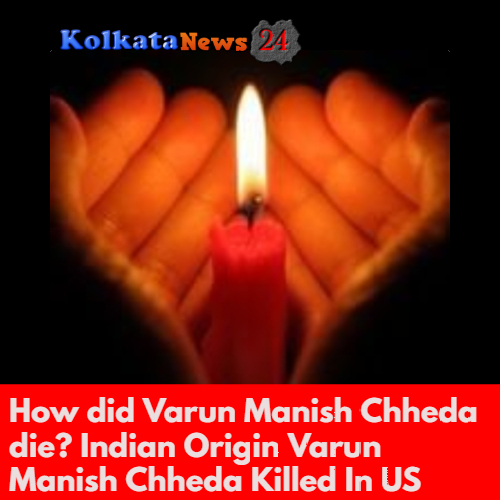 A 20-year-old Indian-origin student Varun Manish Chheda studying at Purdue University was found dead in McCutcheon Residence Hall on Wednesday; suspected of being murdered by his Korean roommate.

Who was Varun Manish Chheda?

As per the reports, Varun Manish Chheda was a graduate of Park Tudor from the 2020 batch. He was an Indianapolis student studying Data Science at Purdue University and was found dead in his room. His roommate (another student from the same university) was taken into custody on his murder charge.

One of his closest friends, Arunabh Sinha, remembers Chheda as a friendly, clever, and passionate guy. A vigil had also been planned for him.

As per a social media update from the school, Varun Manish Chheda participated in 2020’s US Presidential Scholars Program and became a semifinalist in the National Merit Scholarship Program.

What do people say about Chheda’s cause of death?

Varun Manish Chheda’s death has left several queries unanswered since early autopsy results indicate that the manner of death was a homicide and other individuals believe it was murder.

Chheda’s close friend Arunabh Sinha mentioned that on Tuesday night, Varun Chheda was gaming and chatting with friends online when they heard screaming on the phone.

However, Sinha was not gaming with them that night, but the other friends told him that they had overheard the attack-like noise but did not know what had happened. All of them learned of their friend’s demise on Wednesday morning.

How did Varun Manish Chheda die?

According to early autopsy results, Chheda died of “several sharp force traumatic injuries,” and the manner of death was a homicide.

Police Chief Lesley Wiete Chief Wiete feels the attack was “unprovoked” and “senseless.” However, his roommate, a 22-year-old junior cybersecurity major from South Korea, has been the prime suspect. His charges are not yet proved.

Chheda’s death, according to University President Mitch Daniels, was an awful occurrence as we can imagine happening on our campus. But, he added, “our hearts and sympathies go out to all those impacted by this dreadful event.