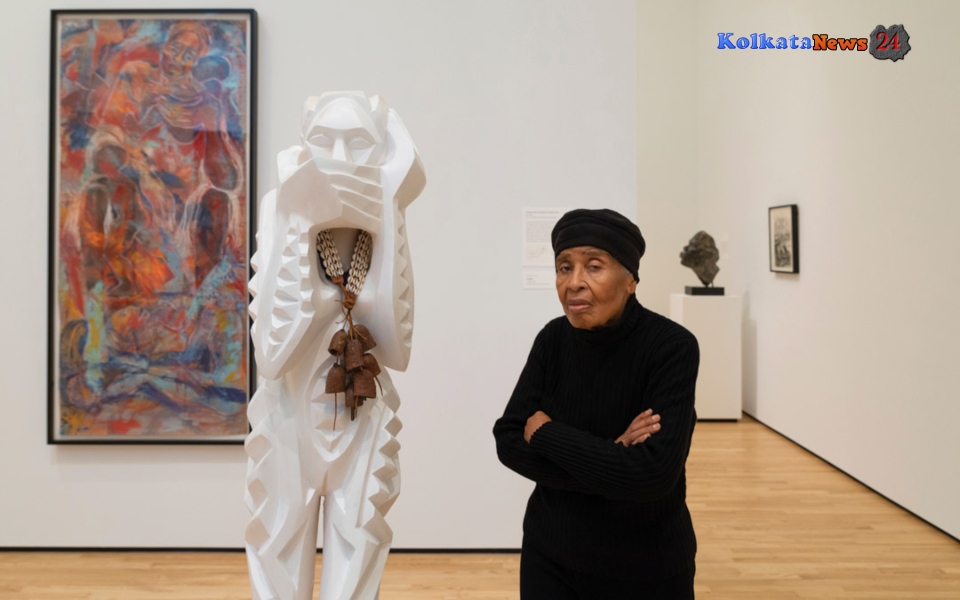 How did Valerie Maynard die?

The artist of Polyrhythmics of Consciousness and Light, Valerie Maynard died at the age of 85 on the day of 19 September 2022. She was an African and American Designer, Teacher, and Sculptor. Her works were based on the civil rights movement and themes of Social inequality. Her works mostly take place in the country Sweden, Lagos, America, and Nigeria.

Valerie Maynard’s Cause Of Death, Obituary

Her death declares by Baltimore Museum, and Her Death news was announced by an email from ART news and they wrote…

“Valerie was a profoundly individual maker and thinker and her legacy goes well beyond the art world and into an abiding cosmos of ethics and dignity. Her artmaking was deeply political, local, and lived. Who else to picture a universe of injustice from Harlem to Johannesburg, who else to shape the Pan-African and our environment into carved and dancing objects?”

Her death cause is not found till now.

Who was Valerie Maynard?

She had residences in New Hampshire, Pennsylvania, and New York City. She lived in Baltimore, Maryland till her death. She attends the Museum of Modern Art for learning drawing, and after that, she learns printmaking at the New School for Social Research. From Goddard College, they got master’s degrees in Art/Sculpture. She also went to the Maryland Institute College of Art (MICA) to get in a degree in Honorary Doctorate of Fine Arts. She was a teacher at the Massachusetts Institutes of Technology, Howard University, the University of the Virgin Islands, and the Studio Museum in Harlem.