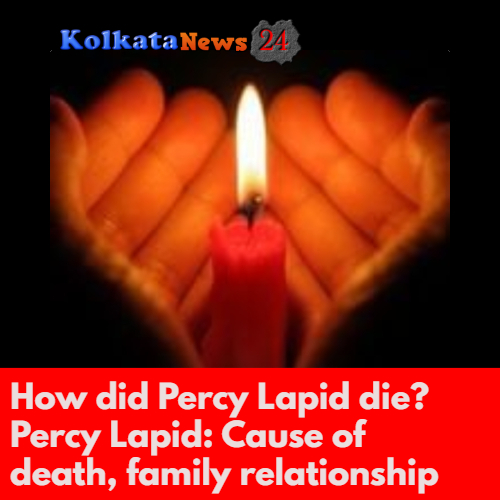 Yet another journalist has become the victim of assassination. The famous Filipino broadcaster columnist Percy Lapid was shot dead on October 3rd, 2022. He was 63 years old at the time of his demise. He was the 197th journalist to be killed in the Philippines since 1986.

Who is Percy Lapid?

Percival Mabasa, better known as Percy, was a famous Filipino broadcaster and columnist at JSY publications, born on March 14th, 1959, in Manila, Philippines.

He was not only a great journalist but also a strong vocalist against corruption.

Over his radio, he has accused Philippines officials of their corruption, including Mr.Duterte’s anti drug campaigns.

He also criticized the Marcos government for the corruption involving anomalies in sugar exports. His bravery led to his death on October 3rd, 2022, after being shot by two unidentified suspects.

How did Percy Lapid die?

On October 3rd Percy was on his way home to do an online broadcast when two unidentified suspects in Las Piñas gunned him down. He died because of his injuries. He was 63 at the time of his death. This assassination shocked the family, and they are now in grief. His family stated that they are deeply grieving and angered by the killing of Percy.

The police are now doing a thorough investigation to find the unidentified assassins. He was the second journalist to be murdered under President Ferdinand Marcos Jr.Weeks ago, Rey Blanco, a journalist, was stabbed to death in Negros Oriental.

Percy has a wife named Liza. The information of his other family members is unknown. He has a brother named Roy Mabasa, a journalist and a former president of the National Press club.

Read More – Memorial for Jim Sweeney, What’s the cause of Jim Sweeney’s death?