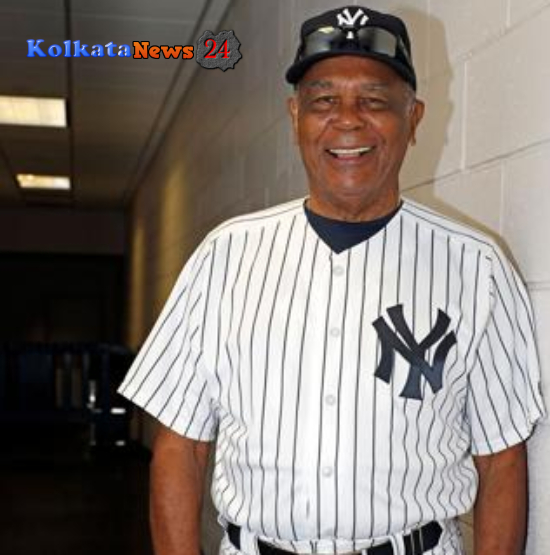 The first black triple-A manager and professional baseball player Hector Lopez died on September 29 2022. He was 93 at the time of his death.

Who is Hector Lopez?

Hector Headley Lopez Swainson, professionally known as Hector Lopez, was a Panamanian professional baseball left fielder and third baseman. Born on July 8 1929, Lopez was brought up in Colon near the Panama Canal Zone.

During his childhood, he was exposed to baseball by his father, a baseball pitcher for the Panama national team. In high school, he began playing semi-professional in Colon. After high school, he joined St.Hyacinth Saints of the Class C Provisional League.

He then began his career as a Kansas City Athletics member from 1955 to 1959 and later joined the Yankees in 1959. He was one of the first black players for the Yankees. Throughout his baseball career, he has won two World Series with the Yankees in 1961 and another in 1962. He was the first black triple-A manager and the second Panamanian-born major league baseball player. After his retirement, he continued participating in Yankee’s old-timers day.

On September 29 2022, the professional baseball player passed away at the hospital in Hudson,  Florida, at the age of 93.

Hector Lopez Cause of his death:

On September 29 2022,  Hector’s son confirmed the death of the baseball player. It was reported that he passed away due to lung cancer complications at the Hudson, Florida hospital.

Hector married his wife Claudia Joyce in 1960 and was blessed with two sons. Hector was a left fielder and third baseman who played for the Kansas City Athletics and New York Yankees.

The Hall of Fame remembers two-time Yankees World Series champion and 12-year MLB veteran Héctor López, who has passed away at the age of 93. pic.twitter.com/N2m731LrA4