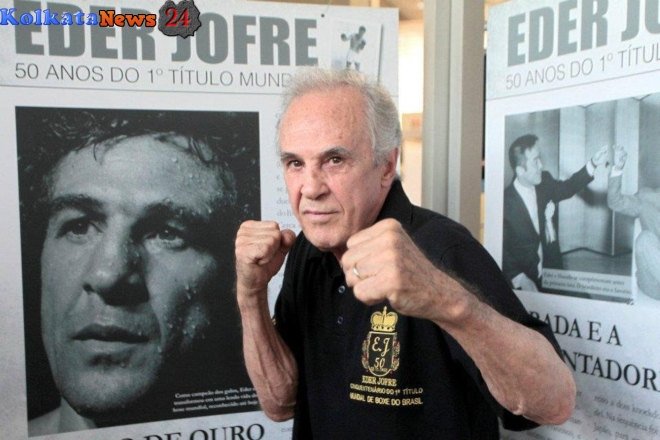 Eder Jofre death, How did he die?

Eder Jofre, who was Brazil’s greatest world champion and a member of the International Boxing Hall of Fame died on 2 October 2022 at the age of 86.

What is the Cause of Death of Eder Jofre?

He suffered from chronic traumatic encephalopathy. In March 2022, he was hospitalized at a clinic in Embu das Artes because of pneumonia. He died on Sunday due to complications from the disease.

He made him a legend a former bantamweight and featherweight champion of the world record of 72-2-4 and 50 KOs.

Who is Eder Jofre?

He was a Brazilian architect and professional boxer. He was the both Bantamweight and Featherweight world champion. He was voted the 16th greatest boxer of all time and this made him the third greatest living boxer by “The International Boxing Research Organization” in 2019. He was named the 19th greatest fighter of the past 80 years by The Ring magazine in 2002. Eder was rated the 9ther greatest boxer of the previous 50 years in 1996. He was ranked #85 on Ring Magazine’s 100 Greatest Punchers Of All Time list.