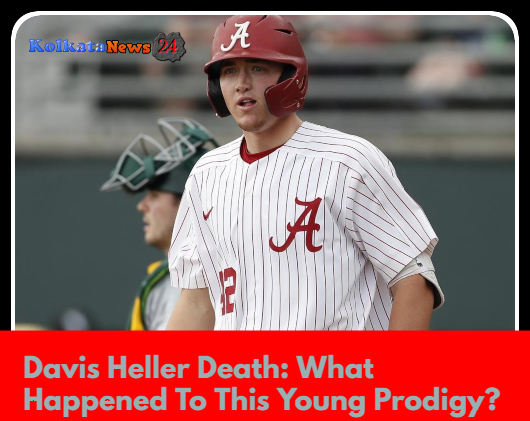 This talented baseball player died at 22 at his off-campus Canter Trail in North Greenville. So what happened to Davis Heller?

Davis Heller is a 22-year-old student-athlete from Arizona. He was known within America for his baseball skill. On Wednesday, 5th October 2022, Davis Heller was found dead in his apartment in Tigerville, S.C. the officials had declared his death to be of natural causes. Autopsy results are being awaited.

Davis Heller was unresponsive in his off-campus apartment on 5th October 2022. The coroner was contacted on Wednesday, around 1:20 PM, and Heller was pronounced dead soon after. His death was declared to be of natural causes. Senior Deputy Coroner, Kristine Strange, has said no sign of injury or trauma was found in Heller’s body. An autopsy has been done, but the results are being waited on.

Who Was Davis Heller?

Davis Heller was a young athlete at the beginning of his career. He played 23 games and started seven in his lifetime. He was born in 2002 in Gilbert, Arizona. At the time of his death, Heller was majoring in Strategic Communication at North Greenville University. This was his first semester. He transferred from Alabama University in May.

The Macon Bacon are deeply saddened to hear of the passing of Davis Heller. A fan favorite and beloved member of the Bacon family, Davis will be missed. Our thoughts and prayers remain with the Heller family. pic.twitter.com/HElGTyIXHd

In the 2021 and 2022 sessions, Heller played for the Crimson Tide, for which he was awarded SEC Spring Academic Honor Roll for both seasons. He had also played at South Mountain Community College before being recruited to the Alabama team. He played as a reserve infielder and is known as the first baseman for NGU baseball. David Heller has three sisters and parents as his family. Funeral information has not yet been released.