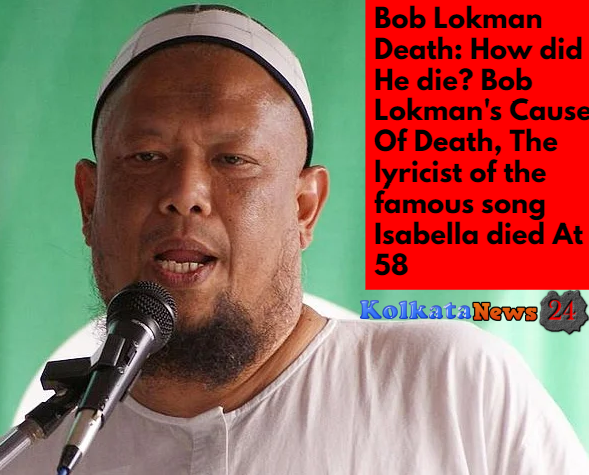 Mohd Hakim Bob Lokman, more famously known as Bob Lokman, died at age 58. The famous Malaysian lyricist, actor, comic, and host left this world on 23 September. The highly tragic news of his demise has hit his fans hard, for whom it is tough to believe that the lyricist of the famous rock song isabella is no more.

How did Bob Lokman die? Bob Lokman’s cause of death:

The reason behind the demise of Bob is said to be heart complications. His son Omar said his father underwent heart surgery only two years ago. He said that Bob came to his hometown Kubang Kerian to take care of his old father and that his father started having health issues a week ago and his health was declining, however, even after being persuaded by his family to get a medical check-up done, Bob repeatedly refused the request of his family members.

Bob’s son said that he and his mother were taking care of Bob the night before his death as Bob was having much difficulty breathing, but unfortunately, in the morning, when Omar woke up, he was informed by his mother that his father had passed away.

Bob Lokman’s life as an entertainer:

Bob, born in 1964 in a town called Can Kubang Kerian in Malaysia, can indeed be called a multi-talented personality throughout his life. He worked as an actor, lyricist, and comic. In addition, Bob as a musician, earned a lot of acclaim and popularity. For example, he wrote the song isabella, which was released in the year 1989 and went on to become the most popular song in the rock genre.

Bob’s body was first taken for shrouding and bathing at USM hospital, and then the famous actor and lyricist was laid to rest at a cemetery named Pulau Bunut Muslim on 23 rd of September. More than 100 people, including his family and friends, came to pay their last tribute to the deceased actor.

In addition, there have been showers of condolence messages on social media platforms like Twitter, where the fans of the famous lyrics and actors are expressing their grief over the loss of Bob.

1 thought on “Bob Lokman Death: How did He die? Bob Lokman’s Cause Of Death, The lyricist of the famous song Isabella died At 58”