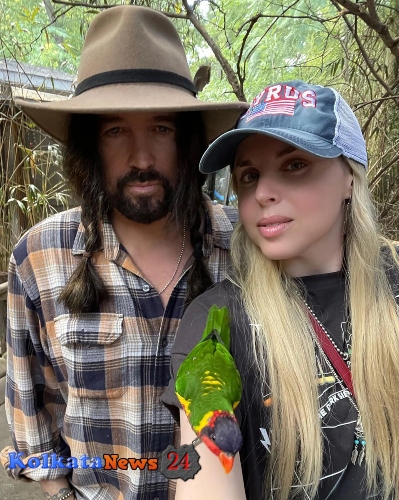 Now the American Singer Billy Ray is running on news social media sites. Currently, he has a love affair with a Young age lady Firerose, He now caught people’s attention when both got the engagement rumors. This month starts he appeared with the Firerose. Both sitting on a stone table and his girlfriend put her left hand on his lap. On her finger, she wears a big diamond stone ring which appeared in the Instagram Post. he wrote the caption “Taking in the moment…” and that the reason they made people think that they were engaged. Both appear in the song “New Day”.

Fans are surprised when they know he takes divorced his wife Tish Finley, 54, after 29 years, actually, his wife wants to end this marriage. She filed the divorce 5 months ago and gave the reason as “irreconcilable differences”. She said that live separately since 2020. They have Five children. More surprising is in 5 months we know he has a love relationship with singer Firerose. His first wife’s name was Cindy Smith they separated in 1991. He has a total of six children.

Read Also – Shakira Spencer die, How did she die? Cause of Death, Died At the age of 35