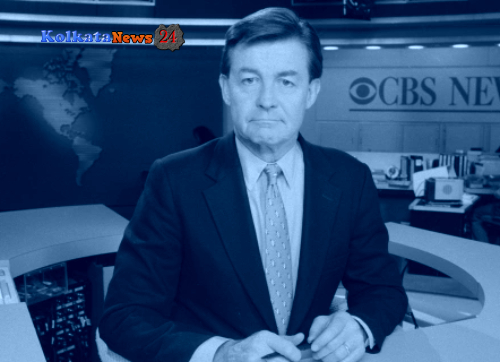 Bill Plante, who worked as a CBS correspondent for over 50 years, passed away on Wednesday, September 28 2022. He was 84 years old. Throughout his career, he covered many significant events in the history of the United States. He covered the Civil Rights Movement, Vietnam War, and elections for as many as 13 presidents.

Bill Plante Cause of death:

Bill is said to die of respiratory failure. His family have not shared details about whether he was suffering from any disease. According to sources, his wife, Robin Smith, informed the media about his demise. Details about his funeral arrangements are yet to be shared by his family.

Plante was predeceased by his first wife, Barbara Barnes Plante, and a son, Patrick. He is survived by his wife of 34 years, Robin Smith, the award-winning documentary film producer. He is also survived by three brothers, eight grandchildren and a great-grandchild.

He was first married to Barbara Barnes Orteig. He had six children from that marriage. Four were from Barbara’s first marriage, and Bill adopted two. They eventually got divorced. He later married Robin Smith in 1987.

Who was Bill Plante?

Plante was born on January 14, 1938, in Chicago. His mother, Jane, was School Administrator. And his father was a field engineer. Bill Graduated from Loyola Academy in 1955. He majored in Business and Humanities.

Plante was named a CBS News correspondent in 1966 and assigned to the Chicago bureau, where he remained for ten years. His three-part investigation of the U.S.-Soviet wheat deal in 1972 on “The CBS Evening News with Walter Cronkite” won him an Emmy Award.

Plante joined CBS News’ Washington bureau in December 1976. He was named senior White House correspondent in 1986, and in 1988, he was tapped to anchor the “CBS Sunday Night News,” a role he filled until 1995.

Read More – Coolio Death, How did He die? Coolio Cause Of Death, Obituary