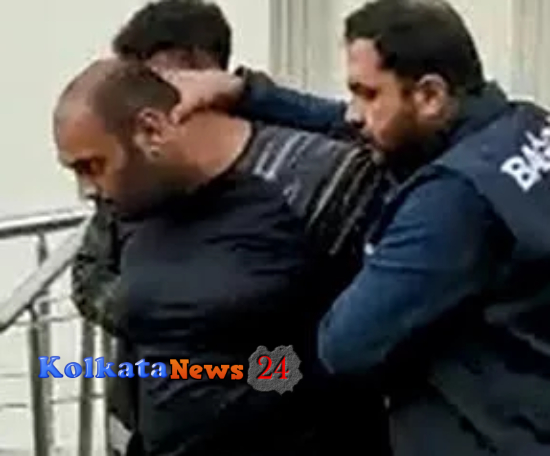 A heinous crime was committed yesterday around 16.30 in Baclar, Fevzi çakmak Mahallesi 2005, A 26year-old son who beheaded his mother with a knife threw her head out of the balcony. Then Ali Sayan, reportedly a heroin addict, set the whole house on fire.

This dreadful crime was recorded on camera, and soon after, the entire social media was filled with pictures of terrifying scenes. This video has been requested by the team working on this case. A local neighbor, Mesut Usta, stated: “We are aware of his drug addiction. We found out that his mother had been executed. We don’t know why. After the murder, he also set the house on fire.

The Arrest of Ali Sayan:

The citizens and neighbors who saw the incident unfold in front of their eyes reported the crime to the police. Riot police took security measures around the house. After seeing the police, the suspect set the whole house on fire. He stayed in the apartment.

A local neighbor stated in the press, “I was in the street across the street when I heard a noise. When I went downstairs, we saw that he was slitting his mother’s throat. Then there was a shot. I think he was shot in the leg. Then he tried to burn down the house.

Rumor has it that he is a drug addict. (Source: Turkish media). When he was taken into custody, it was determined that the suspect had previously escaped from a psychiatric hospital.

Other arrests related to the Ali Sayan case:

Some people nearby shot the incident on their phones and shared these images over social media. The location and those images were confiscated, and the people named SA (19), NA(37), and GK(47) were also arrested for the crime of “Outside Violation of the Confidentiality of the Investigation”.